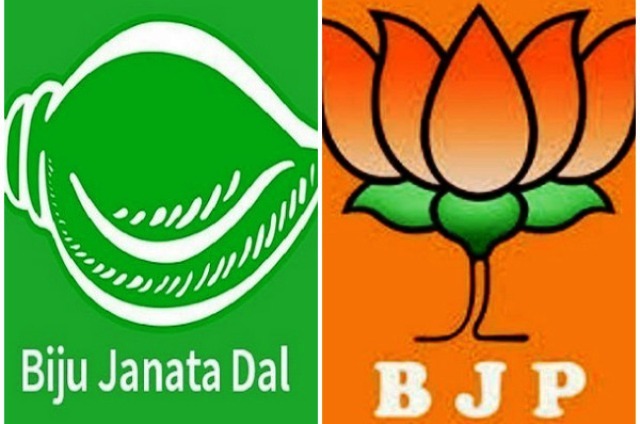 Bhubaneswar: The Biju Janata Dal (BJD) today said that the MSP for paddy procurement should be raised to Rs 2930 per quintal but the Centre continues to deny it. The BJD will continue its fight for the farmers of Odisha and till the rightful demands are not met.

This was the view expressed by BJD leaders at a press meet here on Monday afternoon at the Biju Janata Dal Party office in Bhubaneswar. The press conference was addressed by senior leaders of BJD, MLA Rohit Pujari, MLA Snehangini Chhuria and MLA Rajendra Dholakia.

They said CM Naveen Patnaik’s leadership has enabled bumper crop production in Odisha despite the COVID challenges. The BJD Government under his leadership has always worked for the interests and development of farmers and the farming community.

The BJD leaders alleged that the policies and practices of the BJP-led Union Government are becoming a major problem for the farmers of Odisha.

They said the Centre sent a letter recently that it would limit the lifting of parboiled rice to the extent of 50% of the original estimates. This anti-farmer decision by the Centre that will severely affect the farmers of Odisha, they alleged.

After CM inaugurated the mega lift irrigation project in Kalahandi a desperate BJP is worried about his growing popularity. They are therefore organizing this protest on January 21, but they will not succeed in their goal, they added.

The BJD leaders hoped that better sense prevails in the BJP and added that they should stop shedding crocodile tears. They advised the BJP leaders of the state to ensure that the Rs 6040 crore subsidy amount is provided to Odisha at the earliest.

Later in a presser,  BJP leader Lekhashree Samantsinghar hit back at Odisha government for slamming Centre over paddy procurement. She said the Centre has sanctioned thousands of crores for development of mandi infra, but the funds are lying unused. She added that the opening of mandis and procurement of paddy must be opened immediately.