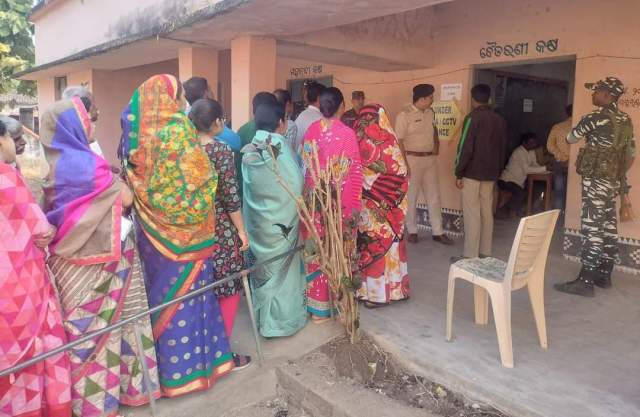 Bhubaneswar: Even as the political fate of candidates were locked in the EVMs in Padampur by-poll that witnessed a record 81 per cent polling, ruling BJD and principal Opposition BJP are optimistic of a victory in big margin. The Congress, however, admitted its debacle even before announcement of the result.

Leader of Opposition and senior BJP leader Jay Narayan Mishra said, whenever there is record voting, the main opposition candidate becomes the winner. “Therefore, we are optimistic to win the seat by a comfortable margin. The people have been fed up with the BJD’s 22-year-old government,” he added.

“The people have seen our developmental activities and leadership of Chief Minister Naveen Patnaik. The people of neighbouring Bijepur had given a massive mandate to the BJD in the 2019 by-poll. Our winning margin this time will be more than the previous poll,” Acharya said.

Veteran Congress leader and MLA Suresh Routray admitted that his party candidate is going to remain in the third spot.

“The BJD will be number one followed by the BJP. Both BJD and BJP have spent crores of rupees in Padampur by-poll,” he said.

Counting of votes will be held on December 8.