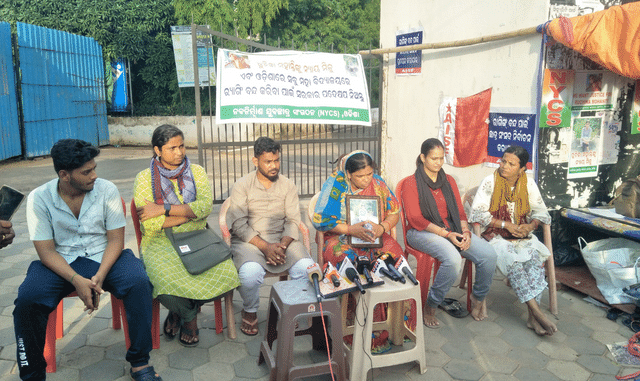 Bhubaneswar: While more than a week has passed following the suicide of a girl student of BJB College over alleged ragging by seniors, the Commissionerate Police is still trying to ascertain the circumstances behind Ruchika Mohanty’s suicide by exploring all angels of the case.

Today, the Additional DCP Prabhas Pal, IIC Biswaranjan Nayak and a Psychologist, Smt Prapti Panda, reached the BJB College and quizzed more than 30 girl students of the hostel about the turn of events and Ruchika’s suicide.

When asked about the role of a psychologist in the ongoing probe, ADCP Prabhas Pal said there were allegations that some students, who know the reason behind Ruchika’s suicide, are in a state of fear and depression. Therefore they are not cooperating with the police in the investigation. So, the Commissionerate Police decided to rope in a psychologist to ascertain the mental status of the students at the hostel.

‘Today, psychologist Smt Prapti Panda, interacted with the students staying in the Karubaki hostel inside the BJB College premises and tried to ascertain the mental state and the stress level of the girl students,” the police official said.

On the other hand, the deceased’s mother Bidyutprabha Mohanty, who is still staging a sit-in in front of the college demanding justice for her daughter, said that Sunday they will be observing the 10th-day rites of her deceased daughter in front of the college gate.  She also said they will continue demonstrating until those responsible for the daughter’s death are identified.

Ruchika Mohanty, a Plus III Arts 1st year girl student of Buxi Jagabandhu Bidyadhar (BJB) Autonomous College in Bhubaneswar, was found hanging inside her hostel room on July 2. A suicide note, suspected to have been written by Ruchika, was found near her body. In the note, it has been mentioned that she was going through depression due to constant ragging and torture by three of her seniors. However, the deceased did not mention the names of the three senior students.

The Odisha Human Rights Commission (OHRC) has taken suo motu cognisance of the alleged ragging that led to the suicide of the girl student and issued a notice to the Commissioner of Police, Bhubaneswar-Cuttack asking to submit a report on the matter and the probe status by the 19th of July, 2022, which is the next date of hearing in this case.