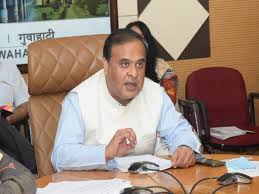 Guwahati: The government -run madrassas will be closed down soon as a bill to repeal Act will be introduced in the winter session of Assam Assembly beginning today.

Assam Education Minister Himanta Biswa Sarma said that once the bill is passed, the practice of running madrassa by the state government will come to an end. In October, Sarma had announced that the Madrasa Board in Assam would be dissolved and all state-run madrasas would be turned into general schools.

Sarma said the decision of the government  to the effect was based on research on madrasas. The Minister said  teaching the Quran at the cost of government exchequer could not be allowed to continue.

The state Cabinet meet headed by Chief Minister Sarbananda Sonowal on December 15 had given its nod to the proposal of closing down the government-run madrassas and Sanskrit tolls (schools).