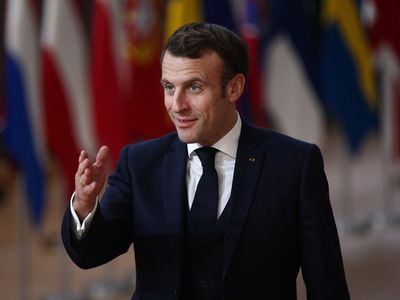 Bill to counter rise in Islamism passed in France

Paris: France has passed a bill to counter rise in Islamism  and called for stricter surveillance of religious associations.

The National Assembly of France said such a bill will counter the upsurge in Islamism in towns and cities which the government felt threatened national unity.

The legislation has included tough measures against online apologists for acts of violence, stricter surveillance of religious associations, and tighter restrictions on educating children outside mainstream schools.

France’s Muslim population is estimated to number about five million people, many of whose family origins lie in Algeria or other parts of its former empire.

The country has suffered a wave of Islamist militant attacks in recent years, and tackling religious extremism, French identity and domestic security will be big issues in next year’s presidential election.

The bill passed by 347 votes to 151 in parliament’s lower house, where President Emmanuel Macron’s centrist ruling party and its allies hold a majority. The legislation now moves to the Senate, where the centre-right opposition dominates.

Man Held For Stealing Several Motorcycles On Pretext Of…