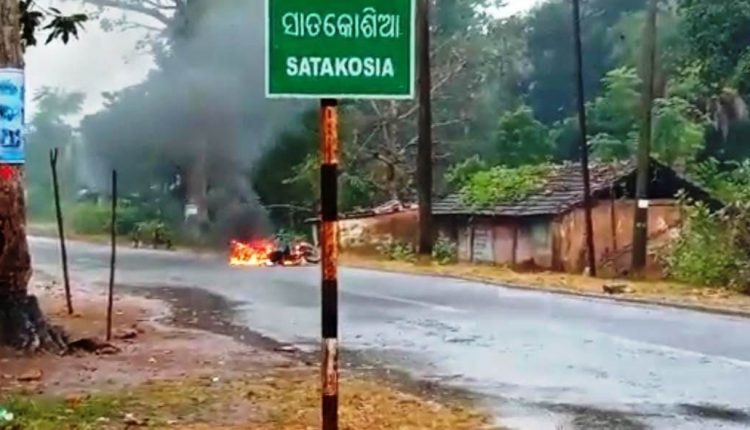 Karanjia: A motorcycle caught fire after coming in contact with a live 11kV electricity wire at Satakosia in Mayurbhanj district on Sunday.

According to reports, Sriram Naik of Balighat area in Satakosia panchayat was en route to a hospital on a bike with a friend when the high voltage power line over the road near Medical College suddenly collapsed on his bike.

However, the duo managed to jump off the bike and ran to safety while the bike went up in flames. The motorcycle was completely charred in the fire.

Later, locals staged a blockade on the Thakurmunda-Anandpur road at Satkosia demanding compensation. However, the situation returned to normalcy after the police arrived.