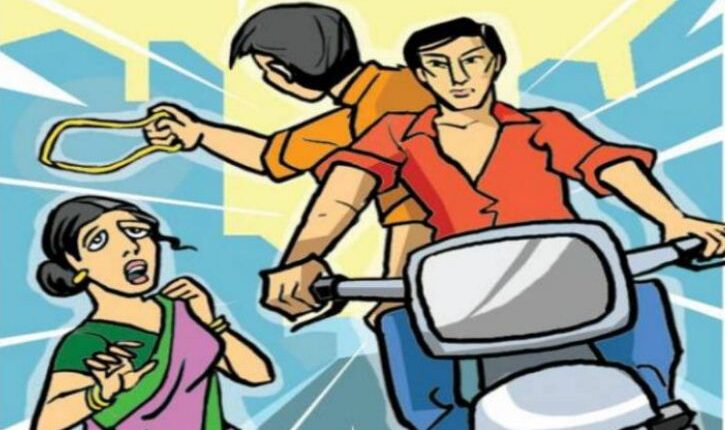 Bhubaneswar: Three bike-borne miscreants allegedly snatched a gold chain from a woman after attacking her with sharp weapons at Niladri vihar area in Bhubaneswar today.

Reportedly, the incident occurred while the woman had gone to pluck flowers along with his husband. Suddenly, three bike-borne miscreants attacked her and snatched her gold chain from her neck. The looters also attacked her husband when he tried to resist them. The attackers fled from the spot soon after committing the crime.

Following this, the couple sustained critical injuries. Later, they were admitted to the hospital for treatment, sources said.

Airtel Ties Up With Qualcomm For 5G Services In India

Youth Nabbed While Trying To Set Fire In Mayurbhanj…