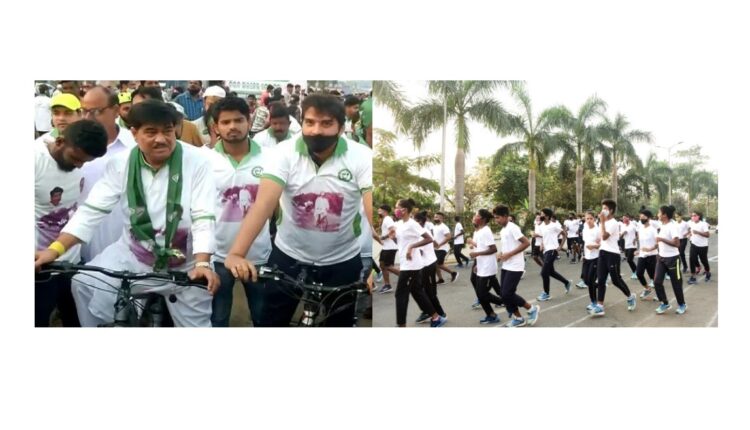 The rally starting from Anand Bhawan in Cuttack culminated near Bhubaneswar Airport.

Besides, the annual Biju Patnaik Mini Marathon was organised by the Sports and Youth Services Department (DSYS) within the Kalinga Stadium.

Unlike previous editions, this year, the mini marathon was closed to the public. Sportspersons and officials associated with DSYS participated in the run in regulated clusters, following Covid 19 guidelines.