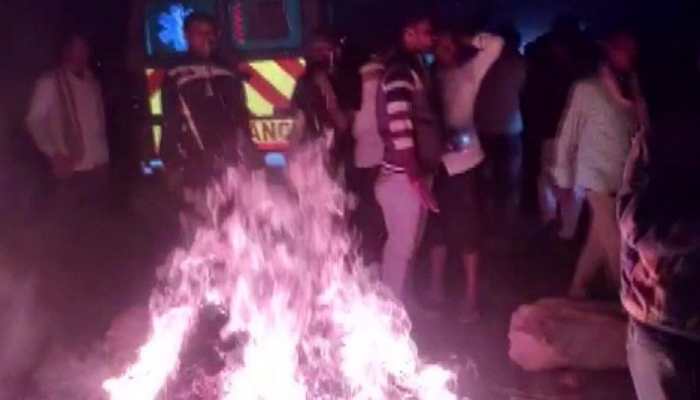 Bihar: At least 18 people sustained severe injuries after a speeding car ran over them in Bihar’s Saran district on Saturday night. The car entered the settlement while breaking into a roadside shop.

The high-speeding car plowed through the crowd while they were having food at a funeral feast on the roadside.

This is the second car accident reportedly caused by drunk driving in the state where liquor is banned.

In Bihar’s Vaishali district on Sunday (November 20), a speeding truck rammed into a crowd of devotees at a roadside temple killing eight people and injuring several others. At least seven children died. The accident took place in the Desri police station area of the north Bihar district, about 30 km from the state capital, around 9 PM when the procession had gathered in front of a peepal tree on the roadside to offer prayers to a local deity ‘Bhumiya baba’.

The driver of the truck responsible for the accident in the Vaishali district in Bihar which killed 7 children and left several others injured admitted that he had consumed country-made liquor before driving.