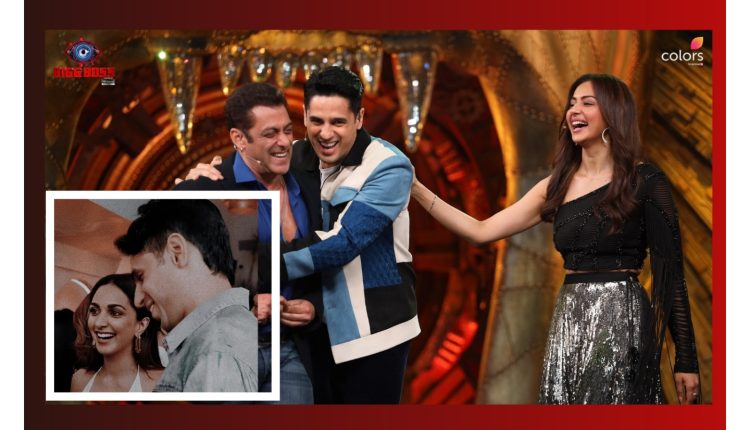 Mumbai: Shanivaar Ka Vaar with Salman Khan on Bigg Boss 16, turned out to be a grand episode on Saturday. As Sidharth Malhotra and Rakul Preet Singh appeared on the celeb-reality-show to promote their upcoming film Thank God. Salman in his usual flamboyant style had some fun moments with the actors.

Salman, while taking a sly dig at Sidharth left everyone in splits as he said, “Congratulations Sidharth, shaadi mubarak ho. Kiara decision aapne liya hai… pyaara decision. Aur kiski Advani mein, hey bhagwan, advice pe liya hai aapne yeh (Congrats on your wedding. You have taken a Kiara decision, I mean cute decision. And whose Advani, oh God, on whose advice did you take this decision)”? The Thank God actor replied jokingly and stated he is surprised to get marriage suggestions from Salman. The duo later joked about weddings as Sidharth later opined, “Meri co-star hai. Aur shaadi kab, kaha, kiske sath hogi, you can’t tell (She is my co -star. Whom do you get married to or whenever it happens is unpredictable).” Salman agreed and said, unless you actually get married you can’t say.

As per the speculations by multiple media sources, Sidharth and Kiara are planning to tie the knot in April 2023.