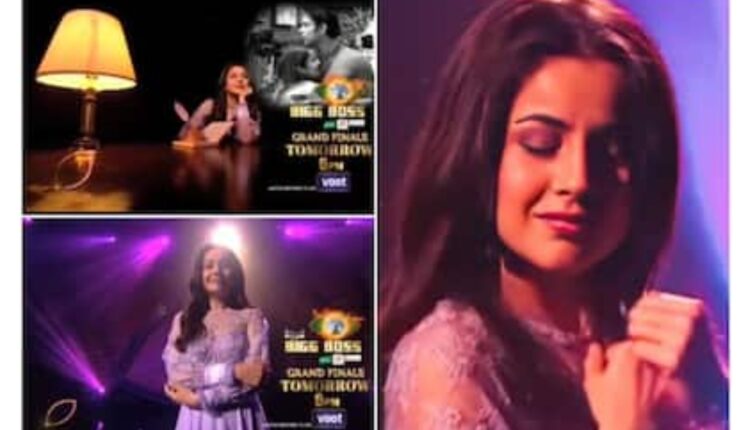 Mumbai: Actor Shehnaaz Gill is going to give a special tribute to the late Sidharth Shukla in the grand finale episode of Bigg Boss 15.

The channel took to social media to share a glimpse of the heartfelt performance by Shehnaaz in which she dances on her own song that she recently released after Sidharth’s passing away.

In a short clip, we can see Shehnaaz performing her song while pictures and videos of Sidharth Shukla and Shehnaaz from their season is being played in the background. In the promo, she says, “Dear Sidharth mere liye toh tu hmesha yhin hai.”

For the unversed, the song ‘Tu Yaheen Hai’ was released by Shehnaaz Gill as a tribute to Sidharth Shukla after his sudden death. It is sung by the actress herself. Sidharth Shukla passed away on September 2, 2021 due to a heart attack. His untimely demise left everyone shocked. He was 40 when he breathed his last. The actor last appeared on reality shows ‘Bigg Boss OTT’ and ‘Dance Deewane 3’ with Shehnaaz Gill.