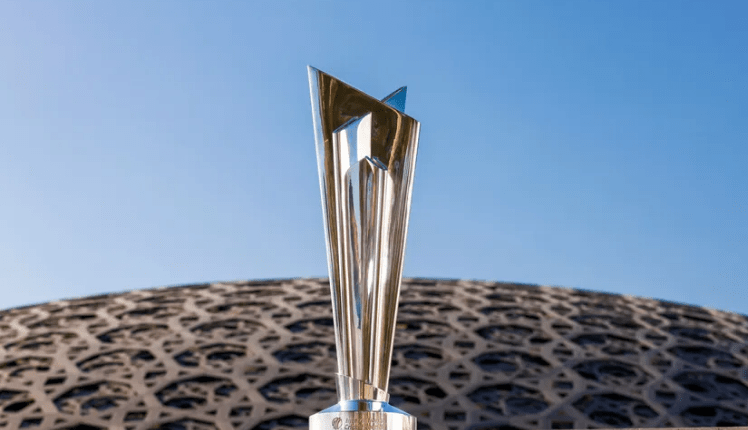 Big Hitters On Show In Group 2 Of Super 12s

Dubai: The ICC Men’s T20 World Cup returns on Sunday with no margin for error for the eight nations who are taking part in the first round.

Waiting in the wings are a further eight sides who will be keen to hit the ground running in the Super 12s.

Group 2 contains some of the big hitters of the game, with India, New Zealand and Pakistan, as well as T20’s newest powerhouse, Afghanistan.

They will be joined by the winners of Group B in the first round – one of Bangladesh, Oman, Papua New Guinea or Scotland – as well as the runners-up from Group A, in which Ireland, Namibia, Netherlands and Sri Lanka will do battle.

Group 2 begins on 24 October with one of the sport’s biggest rivalries as India take on Pakistan at the Dubai International Cricket Stadium.

With just two places available for the semi-finals, and six teams who will fancy their chances of making it, every match should be a thriller.

Afghanistan’s progress has been meteoric since making their maiden appearance in the 2010 ICC T20 Men’s World Cup.

And in 2021 they will take another step by qualifying automatically for the Super 12s by virtue of their world ranking.

That means the team spearheaded by Rashid Khan, the ICC Men’s T20I Cricketer of the Decade, and Mohammad Nabi, who tops the ICC MRF Tyres T20I all-rounders rankings, will now be dreaming of a first qualification for the semi-finals.

Rashid has become Afghanistan’s first global superstar with the leg-spinner announcing himself on the world stage five years ago at the last T20 World Cup in India.

Aged just 17, he took 11 wickets and bowled expertly in tandem with Nabi, who was the only person to take more wickets than him in the tournament.

Mystery spinner Mujeeb Ur Rahman, fresh from a stint with the Northern Chargers in The Hundred, is another big threat to opposition batters.

Afghanistan were eliminated in the Super 10s in 2016 with only one win from four, although that was against the eventual champions West Indies.

India were the inaugural ICC Men’s T20 World Cup champions but have only been back to the final once since lifting the trophy in 2007.

A return could be on the cards if they hit their straps, with head coach Ravi Shastri selecting a squad crammed with world-class stars, while the conditions are likely to be similar to those found at home.

After three straight Round 2 exits between 2009 and 2012, India reached a second final in 2014 – where they lost to Sri Lanka – and the semi-finals two years later on home soil.

Virat Kohli was named Player of the Tournament in 2016 after averaging 136.50 from five innings and the 32-year-old will captain India this time around, as they hope to emulate West Indies and become two-time winners.

India beat Pakistan in the 2007 Final and meet them again in the opening game here.

New Zealand are still searching for their first ICC Men’s T20 World Cup title and their recent history in global tournaments suggests they will be tough to beat.

In June, they became the first-ever World Test champions by beating India at the Hampshire Bowl, while they narrowly lost in the final of the 2019 ICC Men’s Cricket World Cup to England in a Super Over.

Led by world-class batter Kane Williamson, New Zealand’s squad contains plenty of familiar names, including the likes of fast bowlers Tim Southee, Lockie Ferguson and Trent Boult and opener Martin Guptill. With eight players aged over 30, they are also one of the most experienced.

New Zealand’s record at the ICC Men’s T20 World Cup leaves plenty to be desired, with two semi-final appearances from six tournaments. They first reached the last four in the inaugural competition in 2007, where they lost to Pakistan by six wickets, and then again last time out in 2016, where they went down to England by seven wickets.

Four Round 2 exits are squeezed in the middle but, ranked fourth in the world on the eve of the 2021 edition, they will be confident of a strong performance.

Pakistan have a rich history in the ICC Men’s T20 World Cup and arrive in UAE and Oman as one of the sides to beat.

They played in the first T20 World Cup Final in 2007, where they lost to India, before lifting the trophy two years later with a Shahid Afridi-inspired performance against Sri Lanka at Lord’s.

To further underline their status as one of the premier T20 nations, Pakistan reached the semi-finals at each of the next two tournaments in 2010 and 2012 and will be keen to return to the business end once more.

Ranked third in the world, they have the squad to do so under captain Babar Azam. They boast one of just three players at the entire tournament aged 40 and over in Mohammad Hafeez but only three others are over 30 in a young squad that is packed with talent.

Azam is ranked the second-best batter in T20 cricket, while wicketkeeper-batter Mohammad Rizwan is also inside the top 10.

Man, Nephew Trampled To Death By Elephant In Sambalpur