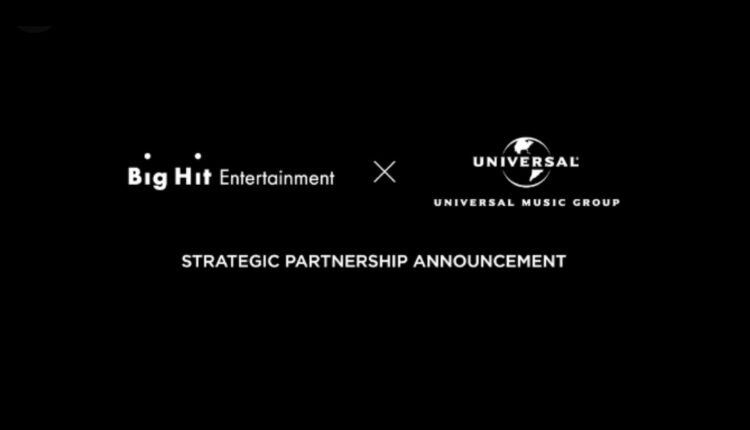 UMG artists will explore enhanced ‘direct to fan’ communications through Big Hit’s Weverse, a dynamic community-based platform that allows loyal artist fans to engage, share and interact, see and hear new content and purchase new products. Weverse is already being utilized by UMG artists’ Gracie Abrams, New Hope Club, and Alexander 23, with Yungblud amongst the next wave of talent joining Weverse in the coming months.

Big Hit and UMG announced plans to assemble debut a new, first of its kind, “global” K-pop boy group together in the U.S. Launching in conjunction with a U.S. media partner in 2022, the new-artist project will be released via a new, Los Angeles–based label created between Big Hit in partnership with UMG’s Geffen Records (whose roster boasts the likes of Guns N’ Roses, Avicii and Olivia Rodrigo). The artists will “follow the K-pop system” that helped prepare and polish the likes of Big Hit acts like BTS, Tomorrow X Together, and ENHYPEN.

The newly created label will operate from Los Angeles and will work closely alongside teams from Big Hit America, Geffen Records and UMG to successfully launch this project.