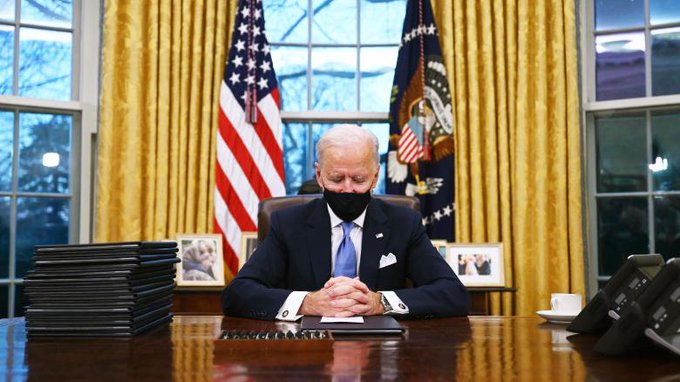 Washington: US President Joe Biden signed 15 executive orders and two agency actions on Wednesday evening after hitting the ground running on his first day in office.

Moving with an urgency not seen from any other modern president, Biden signed 17 executive orders, memorandums and proclamations from the Oval Office.

Among the steps the president took were ordered to rejoin the Paris climate accord and end Trump’s travel ban on predominantly Muslim and African countries.

Here are Biden’s executive actions from his first day: