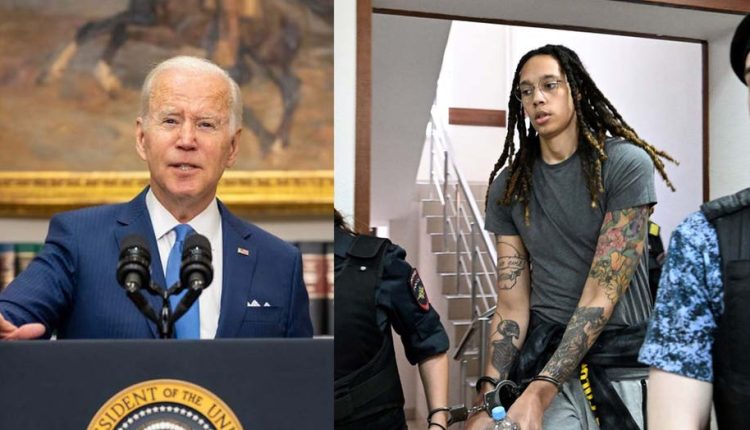 Washington: US President Joe Biden reacted sharply to the sentencing of American basketball star Brittney Griner to nine and a half years in jail by a Moscow court, saying it is “unacceptable” and she should be released immediately.

Griner was sentenced to nine years in jail and fined a million rubles (roughly $16,000) as punishment for allegedly flying into Moscow on February 17 with 0.702 grams of cannabis oil.

Biden said in a statement the sentence is “one more reminder of what the world already knew: Russia is wrongfully detaining Brittney”.

“It’s unacceptable, and I call on Russia to release her immediately so she can be with her wife, loved ones, friends, and teammates,” added.

The American President vowed his administration will do “everything possible” to bring Griner home, as well as Paul Whelan, a former US marine arrested by Moscow allegedly for spying. He was tried in a secret court and sentenced to 16 years in jail.

The Biden administration has offered a prisoner swap for the release of Griner and Whelan in return for Viktor Bout, a convicted arms dealer.

Moscow has been cool to the offer thus far.

Griner was arrested in mid-February, and her case threw the Texan athlete into the geopolitical maelstrom triggered when President Vladimir Putin sent troops into Ukraine on Feb. 24, propelling U.S.-Russian relations to a new post-Cold War low.

Griner had admitted having the vape cartridges containing hashish oil but said it was an honest mistake. Before the verdict, she pleaded with a Russian judge not to “end her life” with a harsh prison sentence, before breaking down in tears in court.