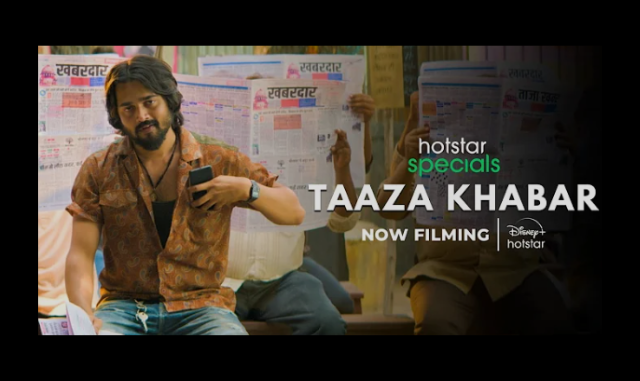 Bhuvan Bam To Make His OTT Debut With ‘Taaza Khabar’

New Delhi: Popular YouTuber Bhuvan Bam is all set to make his OTT debut. The star will be making his digital debut with the Disney+Hotstar series Taaza Khabar, and announced the same today in style, with a quirky and intriguing announcement video.

Bhuvan shared the video on his official social media handles. In the video, a boy asks his mother the difference between ‘magic’ and a ‘miracle’. His mother replies that while magic is a result of trickery, miracles arise out of one’s belief or hope. Then viewers get to see Bhuvan as his character Vasya, along with the rest of the cast. Part of the post’s caption read “With good karma on one’s side, can one man set out to become a master of his own destiny? Meet Vasya from my OTT debut #HotstarSpecials #TaazaKhabar only on @disneyplushotstar. Meet the cast & hop on to this miraculous journey along with Shriya Pilgaonkar, Prathmesh Parab, Deven Bhojani sir & me. Can’t wait to bring this to you soon.”

Check out the announcement video below: