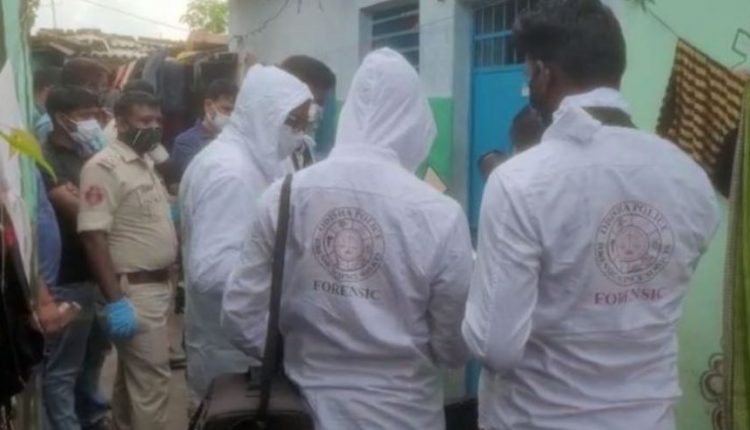 Bhubaneswar: A 19-year-old young woman’s body was found under mysterious circumstances inside a house at Mahaveer Basti under Bharatpur police limits in Bhubaneswar’s Ruchika market area on Tuesday.

The identity of the deceased is yet to be ascertained while her husband is at large. A case was registered and a probe into the incident has been initiated.

According to locals, the deceased woman and her husband newly came to live in a rent house here but today afternoon, neighbours grew suspicious after they found the woman’s house locked.

They informed the police after a foul smell came out of the house. In the presence of the police, locals broke open the house and found the young woman lying dead inside the house.

Police recovered the body and sent it for autopsy. The exact reason behind her death is yet to be ascertained. Police suspect, she might have been strangled to death. Meanwhile, police have launched a manhunt to nab the deceased’s husband, who is at large.

Police pull out absconding rape accused from sewer in Rourkela