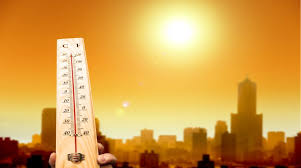 Bhubaneswar: The State capital on Thursday was the hottest in the country as mercury shot to 39.3 degrees Celsius. The city reported the highest temperature for the second consecutive day.

It had recorded 37°C the previous day.

According to the latest bulletin by the IMD, nine other places recorded above 38°C.

“Maximum temperature (Day temperature) very likely to rise by 2-3°C at many places in Odisha during the next two days and there will be no large change thereafter,” the Met office said.

The IMD has also forecast light to moderate rain or thundershower at one or two places in eight district of Odisha on March 20.

The alert has been sounded for Bargarh, Jharsuguda, Sundargarh, Keonjhar, Mayurbhanj, Nabarangpur, Rayagada and Gajapati.