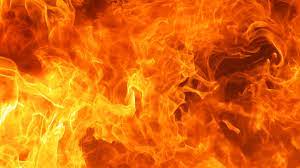 Balasore: Fire erupted in Bhubaneswar-Howrah Jan Shatabdi Express near Markona railway station in Balasore district on Thursday. Fortunately, no casualty was reported from the incident.

As per reports, the fire broke out in D-6 compartment of the train near Markona railway station.

On being informed, the train was halted near Soro railway station for around 30 minutes. The Railway officials immediately swung into action and doused the flames.

Later, the train resumed its journey towards Howrah.