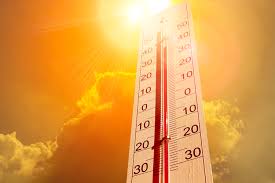 Bhubaneswar: The State Capital, Bhubaneswar, boiled with the maximum temperature at 40.6 degree Celsius on Saturday becoming the hottest place in the country for the fourth consecutive day.

The city set a new record of the daily highest maximum temperature in February in the last 5 years.

“Temperature in Bhubaneswar and few other places in Odisha is likely to rise by 5 degrees Celsius in next 2-3 days. The reason for rise in temperature is the lack of moisture in the middle and upper atmosphere and less humidity in the lower atmosphere. Solar radiation is hitting the ground more effectively. People need to take precautionary measures while going out after 11 am,” said HR Biswas, regional director of Meteorological Centre, Bhubaneswar.

The highest temperature of Bhubaneswar in February was recorded in 1963 when the mercury climbed to 42.7 degrees Celsius.

One of the twin cities of Odisha, Cuttack recorded 38.1 degree Celsius on Saturday.

Other places that recorded the maximum temperature (in degree Celsius) in Odisha were: