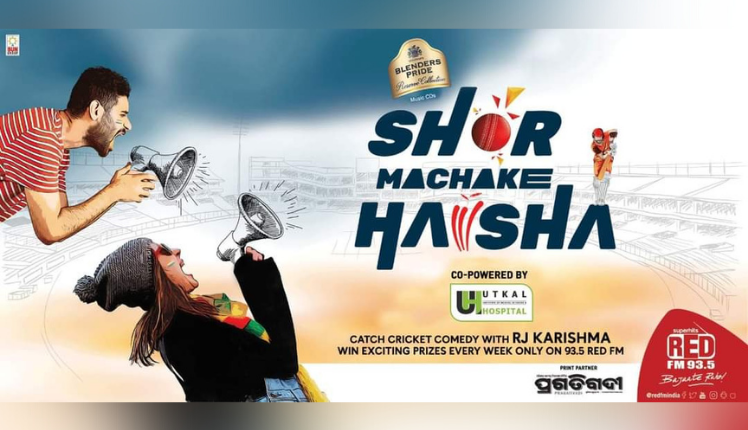 As the ongoing Indian Premier League (IPL) made fans crazy for cricket, RED FM’s Shor Macha Ke Haisha campaign is adding noise to the existing enthusiasm, aggression, and entertainment of the tournament among cricket lovers.

The segment ‘Pre and Post Match Wala Shor’ wherein RED FM’s in-house cricket experts and their jokes are dissecting and laying a foundation of excitement for that day’s match is garnering a lot of interest from the audience.

RED FM presents the Shor anthem that celebrates the spirit and aggression of the tournament. The anthem resonates with the ultimate clash of titans on the cricket pitch so a million fans could groove to this hummable cricket cracker.

Being packed with dynamic energy and an upbeat rhythm, the right mix of notes and talented artists make it a catchy one. The enthusiastic and overwhelming response is making the ‘Shor Macha Ke Haisha’ campaign a roaring success.

RED FM’s RJ Harshit as the host for Bhubaneswar fans presents gift hampers to the winners.

Here are the winners of this weekend:

RJ Karishma is adding wit and enthusiasm to the T20 experience. Her hilarious take on ‘Saas Bahu’ has the audience rolling on the floor laughing with cricket comedy reels.

Along with her, RJ Umang is presenting a brand new segment ‘Naya Saal Naya Shor’ introducing debut teams and players.