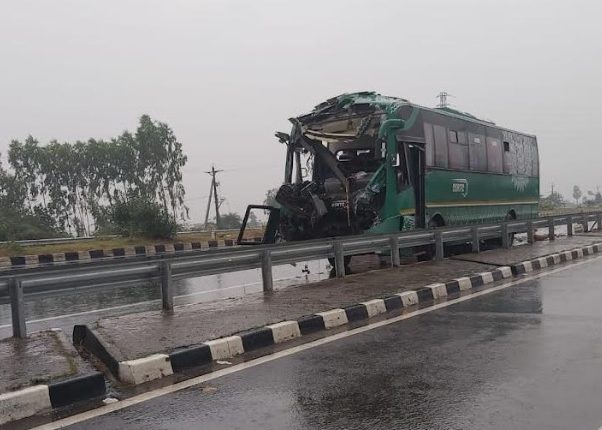 Visakhapatnam: A bus ferrying passengers to Bhubaneswar met with an accident near Srikakulam in Andhra Pradesh. Following the incident, several people sustained injuries.

According to sources, the bus was en-route to Bhubaneswar from Malkangiri when the driver lost its control and rammed the vehicle into a goods truck.

Reportedly, all critically injured were admitted to Visakhapatnam hospital.