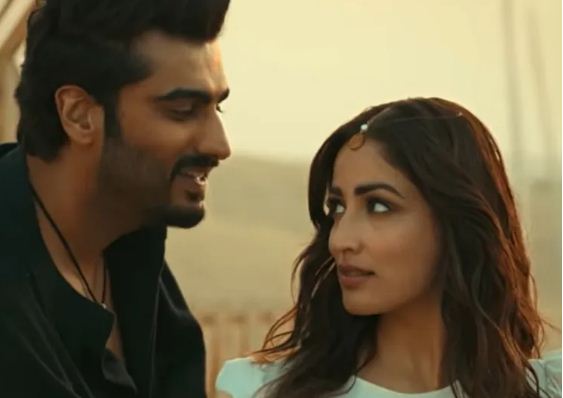 Mumbai: The makers of the upcoming horror-comedy Bhoot Police have released a romantic song Mujhe Pyaar Pyaar Hai on Saturday. The song is crooned by Armaan Malik and Shreya Ghoshal and the music is composed by Sachin-Jigar and the lyrics are penned by Priya Saraiya.

Check Out the Song ‘Mujhe Pyaar Pyaar Hai’ from Bhoot Police Below:

In the video, we get to see Arjun completely smitten by Yami. The two can be seen romancing each other in the desert in a heartwarming way. The amazing chemistry between the two the star is quite evident and Yami’s gorgeous looks will leave you mesmerised. The song truly highlights the essence of first love.

Earlier, the characters of all four actors were introduced on social media, who look like ghost hunters going by the film’s title and poster. While Saif Ali Khan plays a character called Vibhooti, Arjun Kapoor’s character is named Chiraunji, Yami Gautam is Maya while Jacqueline plays Kanika.

Produced by Ramesh Taurani, Akshai Puri, and co-produced by Jaya Taurani, “Bhoot Police” is slated to release on Disney+ Hotstar on September 17.