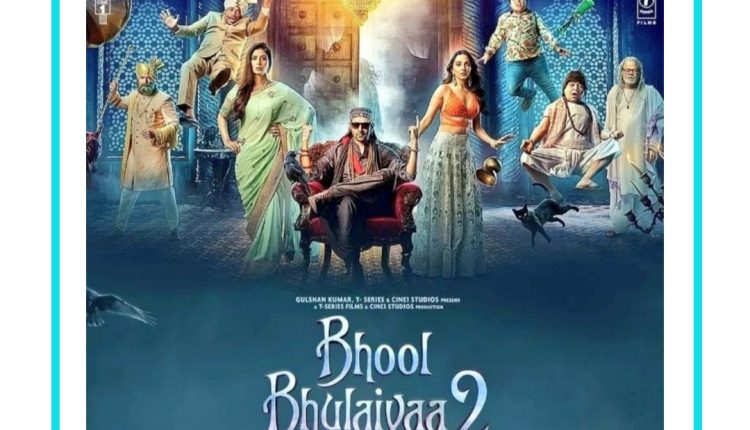 Mumbai: Anees Bazmee’s Bhool Bhulaiyaa 2 has become the recent love of the moviegoers. The film has received a great response from the audience, and that has reflected in the box office numbers too. Starring Kartik Aaryan and Kiara Advani in the lead roles, Bhool Bhulaiyaa released in the theatres on Friday, May 20.

As per trade analyst Taran Adarsh, the film has minted a total of Rs 32 crore on its second day in the theatres. On Saturday itself, May 21, it raked in Rs 18 crore.

Bhool Bhulaiyaa 2 got good reviews from fans and critics. The film has even broken the first day records of several other films like Akshay Kumar’s Bachchhan Paandey and Alia Bhatt’s Gangubai Kathiawadi. Taran Adarsh mentioned the box office figures and said that the film earned Rs 18.34 crore on Day 2. Hence, the total collection now stand at Rs 32.45 crore. Bhool Bhulaiyaa 2 is a hit, and now it remains to be seen if this horror comedy becomes a super hit or a blockbuster in the long run.

#KartikAaryan is on a great footing, post #BhoolBhulaiyaa2… The actor has delivered a string of Hits without the backing of big production houses or top-ranking directors… It's the moviegoers who have made him a people's superstar and the #BO numbers endorse this fact. pic.twitter.com/XnEWyoKOgY

Shruti Haasan Motivate Her Fans To Be Weird: Here’s What She Says