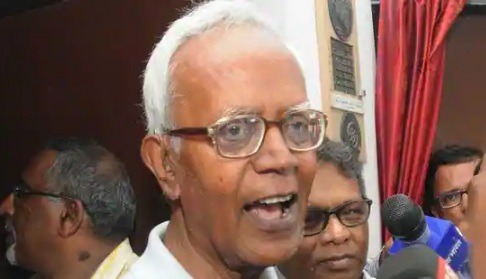 New Delhi: The special National Investigation Agency (NIA) court on Monday rejected the bail plea of Stan Swamy, a tribal rights activist, booked in connection with being part of the conspiracy in connection with the Bhima Koregaon-Elgar Parishad case.

Swamy had moved bail plea in November last year, claiming that he has been falsely implicated due to the nature of his writings about caste and land struggles of the people in India.

The NIA arrested the 83-year-old activist in October last year on the basis of several letters found in his possession which it claimed established his connection with banned CPI (Maoist) organisation.

Judge DE Kothalikar held that Fr Swamy was found in possession of objectionable material and there was sufficient evidence to connect him to the activities of the banned organisation.

While rejecting his bail, claimed there are around 140 emails exchanged between Swamy and other accused – Anand Teltumbde, Gautam Navlakha and others. It also claimed that Swamy was a “staunch supporter” of organisation which work as fronts of CPI (Maoist).

Man Dead, Wife Critical After Being Attacked By Son