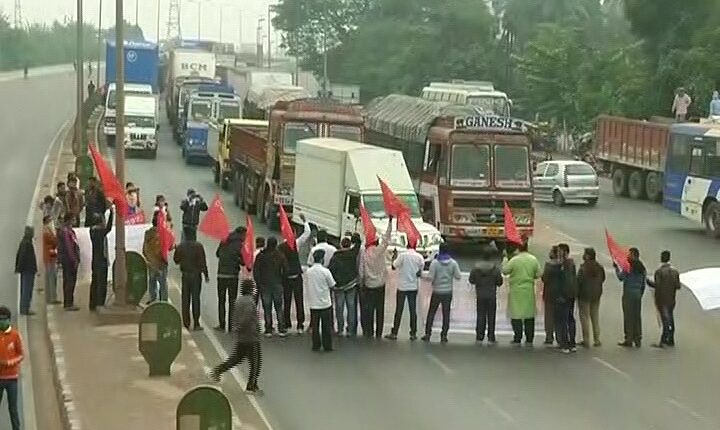 Bhubaneswar: Normal life was thrown out of gear as the activists of central trade unions staged protest across Odisha including Bhubaneswar, Rourkela, Rayagada, and Gunupur.

As per reports, the protestors blocked roads at different junctions in Bhubaneswar, Rayagada, Gunupur, Berhampur, Sambalpur, Rourkela, and other places holding banners and placards. Following which, vehicles including night buses were seen stranded on both sides of the road.

The Odisha unit of the Indian National Congress has extended its support to the bandh call. Emergency services have been excluded from the ambit of the bandh.

The All India Kisan Sangharsh Coordination Committee (AIKSCC) also extended its support to the strike.

The trade unions are demanding withdrawal of farmer laws and labour policies of the Central Government, cash transfer of Rs 7,500 per month for all non-income tax paying families and 10 kg free ration per person per month to all needy, stopping of privatisation of public sector.