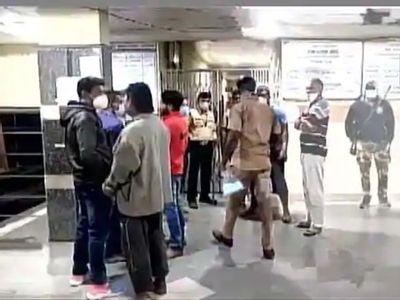 Bhandara hospital had safety lapses, staff not trained to use fire extinguishers

Mumbai: The Bhandara fire tragedy has exposed safety lapses of the hospital in Maharashtra in which 10 newborns had died on Saturday.

The hospital had no alarm system and sprinklers. The staff are not trained to use fire extinguishers.

Reports said the four-storied hospital had conducted only one mock drill in 2016-17. The fire audit was pending for the past two years, the report added.

The mishap took place at the Sick Newborn Care Unit (SNCU) of Bhandara District General Hospital at 2 am on Saturday. The infants were aged between a month and three months, a doctor said.

Maharashtra Chief Minister Uddhav Thackeray ordered a probe and announced an ex-gratia of Rs 5 lakh each to the kin of the deceased. The state government also formed a six-member team headed by the director of the health department to find out the cause behind the fire and lapses and submit its report.