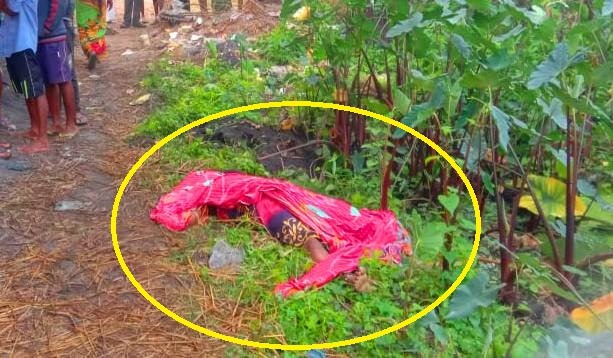 Bhadrak: The body of a married woman with a slit throat was found along the roadside at Nuapokhari village under Bhandaripokari police limits in Bhadrak district.

The deceased was identified as Radharani Mohanty.

According to sources, passersby spotted the lifeless body along the road near a bamboo bush and immediately alerted the local police.

On being informed, cops reached the spot and seized the body for post-mortem.

Meanwhile, the husband of the woman is reportedly absconding since yesterday.

The police have registered a case and launched a probe into the matter.   However, the exact circumstances that led to the murder of the woman remained unknown, sources said.