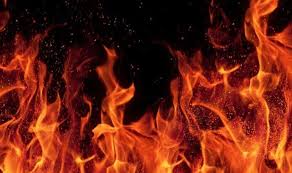 Bhadrak: Two rooms of a house was reduced to ashes after a massive fire broke out at Panda Sahi of Nuasasan village under Guamaal Panchayat in Bhadrak district late last night.

Although no loss of life was reported, properties worth lakhs were gutted in the mishap.

According to reports, the house of one Kailash Panda in the village caught fire and later it spread to nearby rooms. On being informed, fire personnel reached the spot and doused the flames.

The reason behind the fire is yet to be ascertained.

Earlier, five rooms were gutted in fire in the same locality.