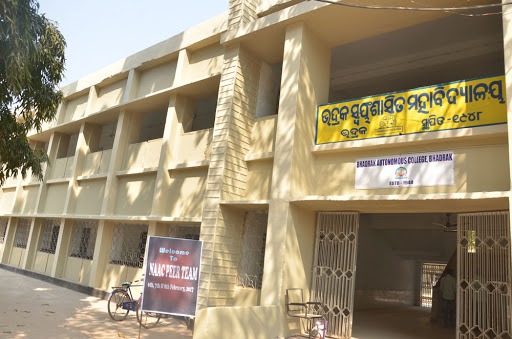 Bhadrak: Two lecturers of Bhadrak Autonomous College here have invited trouble for themselves after a girl student alleged sexual advances towards her.

The second-year student of MJMC had lodged a written complaint against the two lecturers of English department before the Principal that the duo has been sexually harassing her for long.

The girl student had threatened that if the college authorities did not take any action against the duo, then she will be forced to take the shelter of law and inform Women Commission and people’s representatives on the matter.

The girl student has alleged that the lecturer in charge of English Mid Semester exam last year intentionally touched different parts of her body and put some questions which placed her in an awkward situation. From then onwards the lecturer sent her lewd messages, she alleged.

The girl further alleged that even after blocking the message the lecturer in question continued to meet her and gave sexual gestures.

She alleged that another lecturer as the head of English department also tried to maintain an illicit relationship with her by urging her to meet him at different places. She said they have mentally tortured her and added that this has adversely affected her studies.

The girl student alleged that she is armed with the audio messages and screenshots of message chats of both the lecturers as proof.

Angul Boils At 40.1 Degree Celsius, Is The Hottest Place…