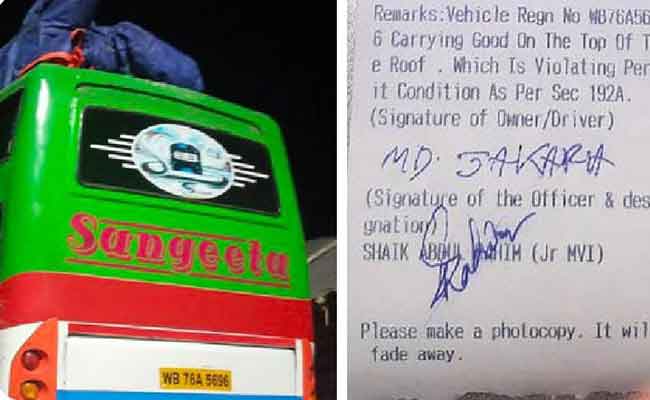 Bhadrak: The owner of a private bus has been fined Rs 10,000 for carrying a huge quantity of goods in the passenger vehicle. The incident has been reported from Bhadrak.

According to available information, the incident took place late last night while the bus, named “Sangeeta” was en route to Kolkata from Chandabali area when Town police and RTO officials intercepted the vehicle near Rajghat Chak here. Following a search, it was found out that the passenger bus was loading goods, eventually breaking transport rules.

Following this, the vehicle owner was slapped with a penalty of Rs 10,000.

After paying the fine amount, the bus again along with its passengers headed towards Kolkata.