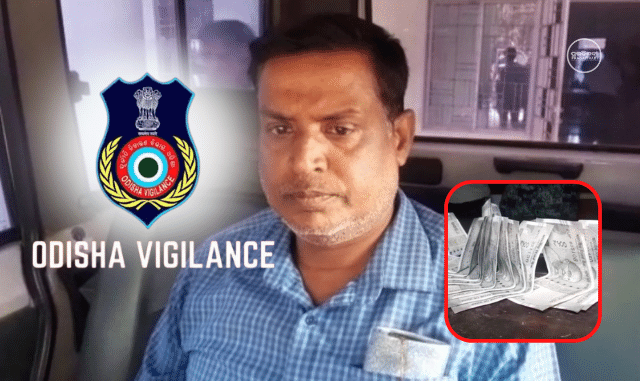 Bhadrak: The Odisha Vigilance on Wednesday caught the Section Officer of IGM College in Bhadrak taking a bribe of Rs 10,000 from the son of a deceased lecturer for releasing pensionary benefits.

The arrested clerk has been identified as Prabhat Nayak. He was caught red-handed while demanding and receiving the brine amount, the Vigilance said.

According to reports, Prafulla Prusty, a professor in the Department of Chemistry at the college, passed away two years ago. But, due to the delay in the preparation of his pension paper, his family is yet to receive any financial assistance.

However, the accused section officer demanded Rs 10,000 in cash from Piyush, the son of the deceased professor.

Following this, Piyush lodged a complaint with the Bhadrak Vigilance, and accordingly, a trap was laid.

The Vigilance sleuths apprehended Nayak while he was receivingthe bribe money near Bhadrak Aradi Chhak on Wednesday. He was then produced before Balasore Vigilance Court.

Another 19 COVID-19 patients recover in Odisha