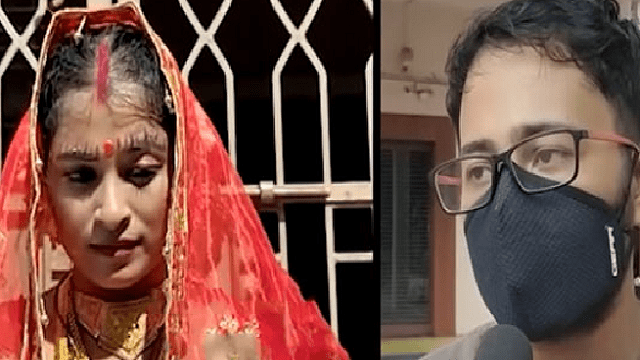 Cuttack: The most highlighted Berhampur marital discord day by day becoming critical as both– Sumit Sahu and Tapaswini Dash yet to reach their conclusion.

After Sumit’s father on Monday filed a petition in Orissa High Court seeking protection, Sumit has filed another petition in the Court challenging the order of the Berhampur District and Sessions Court.

The district court had ordered that Tapaswini Dash will stay in Sumit’s paternal house in Bramahnagar in Berhampur. The court had also directed Sumit to pay Rs 17,000 every month as maintenance to Tapaswini.

“Both Sumit and Tapaswini have not been on good terms. Given their souring relationship, we term the District court’s direction to the estranged couple, asking them to live under one roof, inappropriate. We also term the District court’s second order directing Sumit to pay Rs 17,000 to Tapaswini towards her maintenance cost as an influenced order,” said Sumit’s advocate Byomakesh Tripathy.

Tripathy on Tuesday said both the orders passed by the Court of the District and Sessions judge were wrong.

Notably, on January 4, the District Court allowed Tapaswini to live at her in-law’s house with her husband Sumit Sahu. The court also directed Sumit to provide financial assistance of Rs 17,000 before the 10th of every month to Tapaswini.

Keerthy Suresh Tests Positive For COVID-19, Says To Be Back In Action Soon