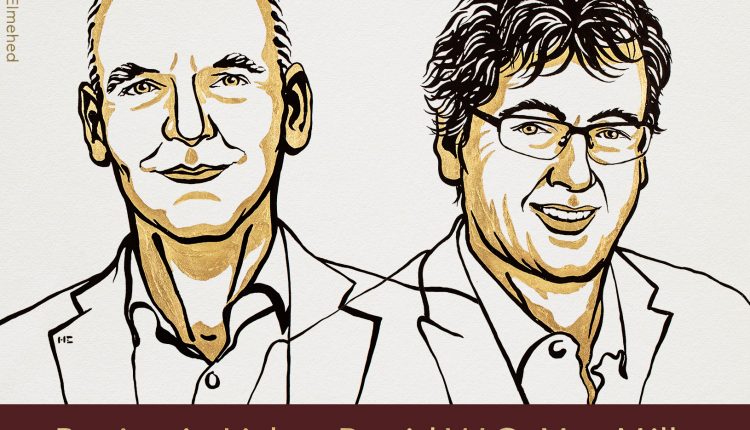 Stockholm: Nobel Prize in Chemistry for the year 2021 has been announced on Wednesday. Benjamin List and David W.C. MacMillan won for the development of asymmetric organocatalysis.

The duo developed a precise new tool for molecular construction, which had a great impact on pharmaceutical research, and has made chemistry greener.

The Nobel Prize in Chemistry is awarded by the Royal Swedish Academy of Sciences, Stockholm, Sweden.

“Benjamin List and David MacMillan remain leaders in the field and have shown that organic catalysts can be used to drive multitudes of chemical reactions. Using these reactions, researchers can now more efficiently construct anything from new pharmaceuticals to molecules that can capture light in solar cells. In this way, organocatalysts are bringing the greatest benefit to humankind,” the Academy said in a statement.

“Chemistry was the most important science for Alfred Nobel’s own work. The development of his inventions as well as the industrial processes he employed were based upon chemical knowledge. Chemistry was the second prize area that Nobel mentioned in his will,” the Academy said.