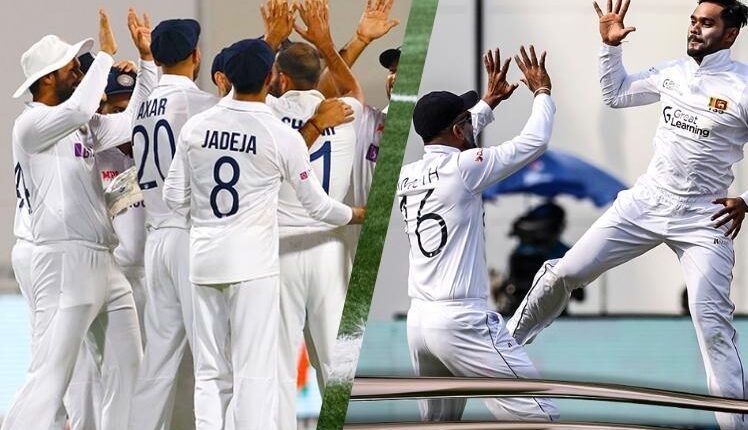 Bengaluru: It was the day for bowlers as 16 wickets fell on Day 1 of the Pink Ball Test between India and Sri Lanka at M.Chinnaswamy Stadium in Bengaluru on Saturday.

Trailing by 166 runs, Sri Lanka posted 86 for six in 30 overs against India after bundling the home team 252 runs.

Niroshan Dickwella (13*) and Lasith Embuldeniya (0*) will resume batting for the visitors on Day 2.

Meanwhile, Jasprit Bumrah and Mohammed Shami were in fantastic form on Day 1 and took three and two wickets each.

Earlier, Shreyas Iyer produced a counter-attacking 92 to help India post a competitive total of 252 in the first innings against Sri Lanka on a pitch that offered the spinners turn and variable bounce.

Rishabh Pant, dropped early in his innings by Suranga Lakmal, blazed to a quick-fire 39 with seven boundaries before Embuldeniya struck again with a ball that turned and smashed into the stumps.

Ravindra Jadeja was the next batter to depart as he was surprised by a rising delivery from Embuldeniya and caught in the slips.

Over 1,300 Ukrainians Killed Since Beginning Of Russian Invasion: Zelenskyy