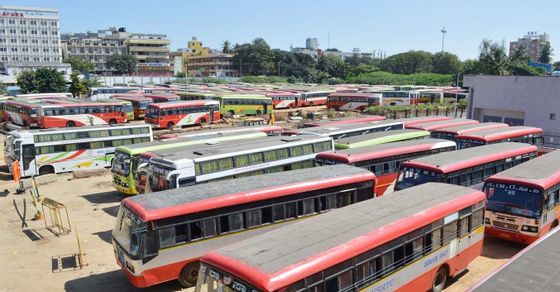 Bengaluru: Denizens of  Bengaluru were badly hit as the transport strike entered day two on Thursday. The authorities have deployed additional trains to help the commuters.

Karnataka Chief Minister BS Yediyurappa spoke yesterday urging leaders of the transport corporations to call off the strike immediately saying that most of the demands put forth by them have already been met, while some of them needed approval from the Central government.

Commuters were left stranded at bus stations across the city as drivers and conductors of road transport corporations began their indefinite strike over non-payment of salaries and wage-related issues on Wednesday.

Meanwhile, several universities in the state have postponed exams because of the transport strike.