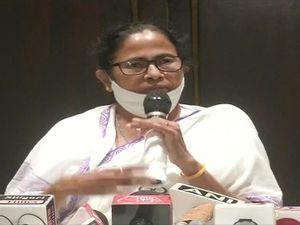 She blamed Home Minister Amit Shah for the incident saying he himself is the conspirator.  The TMC supremo described the incident “pre-planned” and added that she will order a CID probe into the matter.

The fourth phase of Assembly polls are being conducted in the state to decide the electoral fate of high-profile candidates including Union Minister Babul Supriyo and West Bengal ministers Partha Chatterjee and Arup Biswas.

The fourth phase spreads over 44 seats in Cooch Behar and Alipurduar districts in north Bengal and parts of South 24 Parganas, Howrah and Hoogly in the southern part of the state.