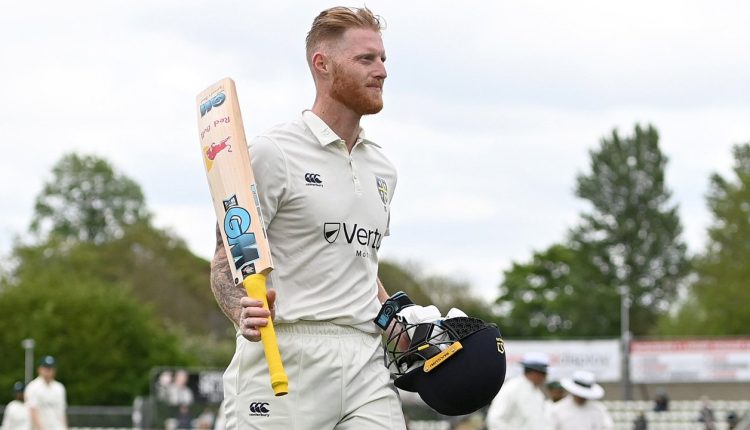 What better way to celebrate becoming England Men’s Test Captain than hitting a record-breaking 161 from 88 deliveries?

He walked out to bat and immediately found his feet by striking Ben Gibbon to the boundary for four, and it didn’t take long for the new England Men’s Test Captain to reach his first milestone.

Six boundaries to make a half-century were just the start of things for Stokes as he began to pick bowlers off with ease.

But when Josh Baker was given the ball, the Durham-man put all of his power on display. The 18-year-old’s previous over had only gone for a single, but that was enough for Stokes to get his eye in.

What came next was five balls that went sailing over the boundary rope, the last of those bringing up a century for the England captain. The only batter to hit a ‘perfect over’ in the County Championship was Sir Garfield Sobers (1968 v Glamorgan) and it looked like that record was about to be matched. But Stokes narrowly missed out, only managing four off the last ball.

A 64-ball century was the fastest ever for Durham and, including Sobers’ feat, it was just the sixth time a batter had struck five consecutive sixes in a County Championship match.

Stokes didn’t stop there. In the next nine balls he faced, he sent another four big sixes over the boundary rope, and he went to lunch on 147 (the most runs before lunch in the competition since 2005) – but even a break could not slow his batting down.

Gibbon began the session for Worcestershire and the result was the same. Another two boundaries later and Stokes had etched his name into the history books.

His 17 sixes in the innings were the most in an English first-class innings, overtaking the 16 hit by Graham Napier in 2011 and Andrew Symonds in 1995.

The Durham batter continued to try and hit big, but was eventually stopped after being caught off the bowling of Brett D’Oliveira.

But his innings, which featured 25 boundaries, will be remembered as one of the greatest in first-class cricket history.