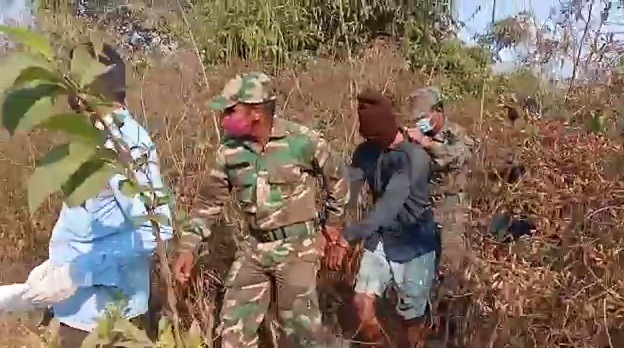 Bhubaneswar: Police are trying to get more clues in connection with the beheaded woman case even as two accused are taken in custody for three days.

The scientific team along with city police have focused on the room in Phuleswari Basti in which the woman was murdered with the help of an apron.

As the asbestos of the room was broken, police officials believe that the accused might have used the vantage point to take out the body from the room.

Meanwhile, the cops have taken the duo to both the spots for recreation of the crime scene to understand details leading to the heinous murder of Pushpalata on February 4.

The scientific team has interacted with others in the slum area to garner more information on the murder case.

The accused had severed the head of Puspalata. Her severed head was dumped in Bharatpur forest and the body was thrown at Andharua-Bharatpur road. The accused had done this to mislead police.

The Commissionerate Police could nab the accused eight days after the murder.