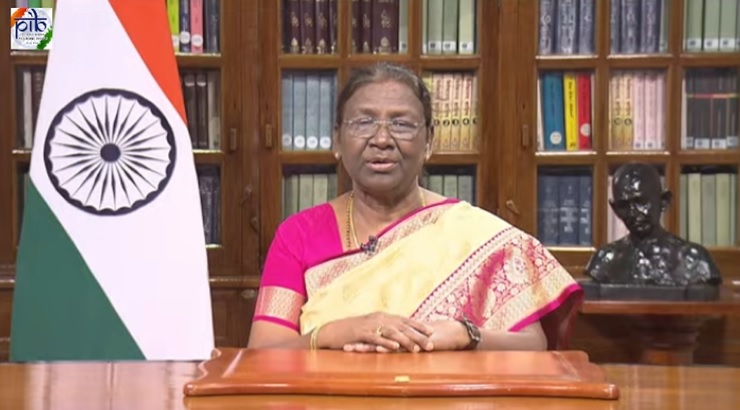 Dehradun: President Droupadi Murmu on Friday asked IAS trainees at Mussoorie to be sympathetic to the deprived sections when they play a role in policy-making as civil servants and asserted that real development is achieved only when all stakeholders are taken along.

Civil service is the path to serving the nation. It is a principle-based career in which character plays a significant role the president said. “You must always carry with you the academy’s motto which says character is the highest virtue.” “You are going to play a vital role in the country’s policy-making process over the next 25 years. If you are sensitive to the needs of the deprived sections you will achieve your goal. Real development comes about only when all stakeholders are taken along.

“Setting the country on the path of progress is both your Constitutional responsibility and moral duty,” said the president, who is on her first visit to the hill state after assuming office.

Citing global warming and climate change as a problem with which the entire world is battling, Murmu said effective steps need to be taken immediately to deal with the challenge.

“So, I appeal to you to implement the government’s environment conservation programmes with total dedication,” she said.