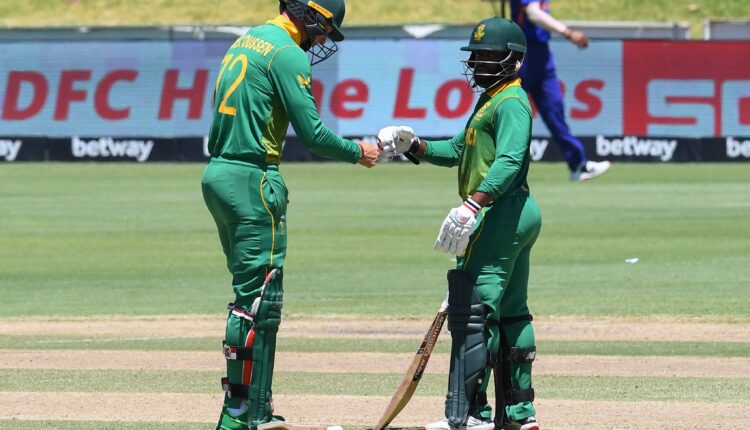 Paarl: South Africa have set a good target against India, as captain Temba Bavuma and middle-order hitter Rassie van der Dussen jolted the visitors with their centuries in the first ODI at the Boland Park in Paarl.

Bavuma and Dussen added 204 runs for the fourth wicket that is the second-highest partnership for Proteas for any wicket against India in ODIs.

Bavuma walked in to bat at No.3 after Jasprit Bumrah got rid of Janneman Malan with South Africa’s score reading 19 in the 5th over.

The 31-year-old South Africa captain absorbed the pressure and rotated the strike to keep the board ticking while getting the boundaries at regular intervals to push the run rate.

Bavuma got to his second ODI hundred off 133 deliveries and hit seven boundaries in his crucial knock.

Jasprit Bumrah picked two wickets for India while Ravichandran Ashwin got one.

Earlier, South Africa won the toss and chose to bat first in the opening one-day international against India on Wednesday. Both teams are much-changed for the three-match Test series and India goes into the contest with Virat Kohli as a batsman only after he quit the test captaincy following India’s loss in that series last week.

Now, the Indian batters need a good partnership at the start of the innings to the tone for the chase. The new captain KL Rahul who will open the batting along with Shikhar Dhawan.