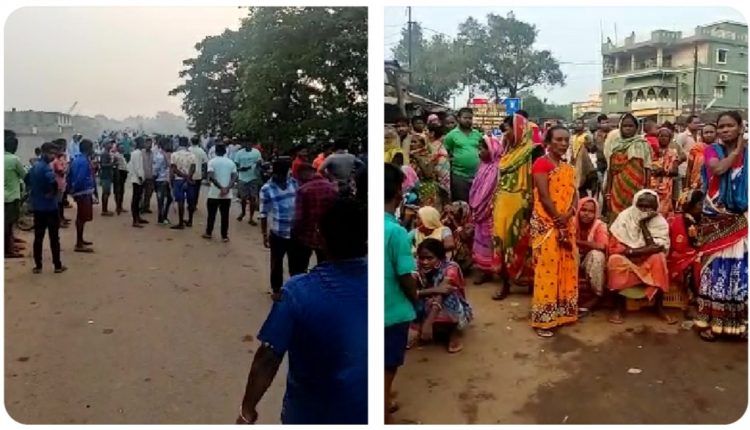 Baripada: Locals staged road blockade at Podastia on Baripada-Kaptipada route over death of a patient who became critical after piece of roof concrete fell on him while he was under treatment at PRM Medical College & Hospital.

The deceased was identified as Chakradhar Singh.

The man had been shifted to SCB Medical College and Hospital in Cuttack for treatment. Singh died on Friday night.

The death of Singh triggered angry protests on outskirts of Baripada.

The blockade has continued since late last night.

Singh was a native of Astia. His family members have alleged neglect on the part of PRM MCH, Baripada in his treatment.