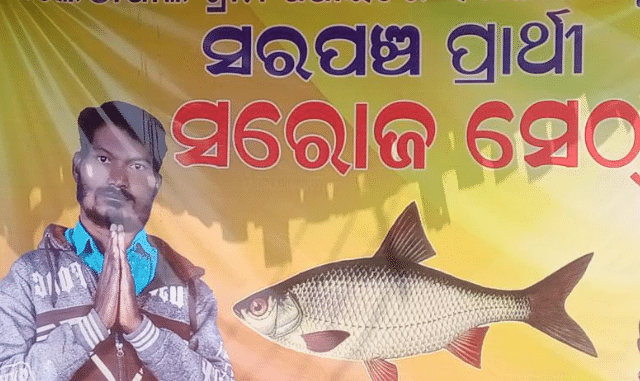 Bargarh: Polling for the post of Sarpanch at Kelendapali Gram Panchayat under Bhatli Block in Bargarh district has been postponed due to the sudden demise of a Sarpanch candidate, informed Bargarh Sub-Collector, on Tuesday.

According to reports, the deceased Sarpanch candidate, Saroj Seth, a native of Kanakbira village in Kelendapali Panchayat, was suffering from cancer and had been undergoing treatment at the SCB Medical College and Hospital (SCBMCH) in Cuttack. However, he breathed his last on Monday night. A pall of gloom descended in the village following his death.

Bargarh Sub-Collector Subhendra Kumar Samal today said that voting for Sarpanch post in the constituency has been postponed. However, voting for the posts of Ward member, Samiti member and Zilla Parishad will be held on the notified dates, he added.

Over 67.51 lakh people of 1,669 gram panchayats in 71 blocks across 30 districts of Odisha are to exercise their franchise in the first phase of the Panchayat Polls.

Voting for the three-tier Panchayati Raj Institutions in Odisha will begin tomorrow. Thereafter, it will be held on every alternate day in four phases, ending on February 24. The polling will be held from 7 AM to 1 PM. Only voters whose names are present in the ward-wise voters’ list will be allowed to cast their votes.

Voters have to carry their Voter ID/EPIC Card or 13 other photo ID cards approved for voting. The polling will be held while following COVID-19 protocols. It is mandatory for the voters to wear masks and maintain social distance.

Another 1,671 COVID-19 patients recover in Odisha