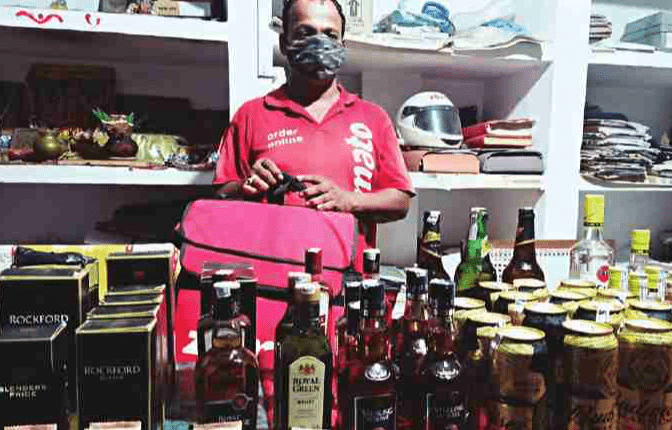 The accused has been identified as Prashant Kumar Sahu Of Tulasipur area.

As per reports, the accused used to deliver liquor and snacks at the doorstep by wearing the uniform of the company after completing his shift as a delivery boy of Zomato.

On being aware of the incident, police conducted a raid and arrested the accused in this regard. The cops also seized around 70 bottles of foreign liquor from his possession.

A case (144/21) was registered about the same and the accused has been forwarded to court.

Following the incident, DCP Prateek Singh has directed to check all the food delivery agents.