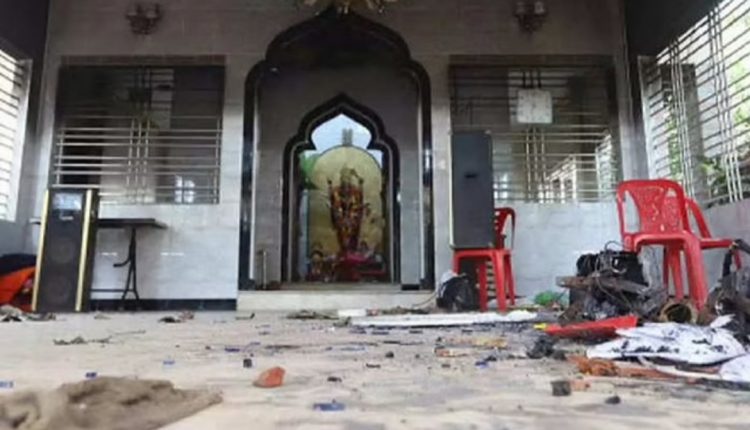 Dhaka: In another attack on the minority Hindu community in Bangladesh, a mob allegedly attacked devotees at an ISKCON temple in Noakhali area on Friday.

In a tweet, ISKCON said the temple suffered significant damage and the condition of a devotee remains critical.

“ISKCON temple and devotees were violently attacked today by a mob in Noakhali, Bangladesh. Temple suffered significant damage & the condition of a devotee remains critical. We call on the Government of Bangladesh to ensure the safety of all Hindus and bring the perpetrators to justice,” ISKCON said in a tweet.

One person was killed and 30 others were injured in attacks on temples in Bangladesh’s Noakhali. The incident took place on Friday in Chowmuhani area where Section 144 has been imposed to keep the situation under control.

Meanwhile, the Hindu leaders in Bangladesh announced they would not immerse Durga idols in protest against the vandalism of the JM Sen Hall’s puja venue, in the presence of police. They also demanded the removal of a police officer.