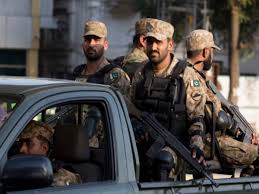 The spokesperson of the Baloch Republican Party, Sher Mohammad Bugti, said a large number of women and children are also abducted.

Men in military fatigues are seen shouting, abusing and firing at the local population. Pakistan government and Pakistan military have not commented on the development so far.

India has raised the issue of human rights violations by Pakistan at international platforms such as United Nations against the atrocities committed on local population in Balochistan and other areas of Pakistan Occupied Kashmir (POK).

In December, Karima Baloch, a prominent Baloch activist was found dead in Toronto, Canada, a day after she went missing.

US administration backs India on border tangle with China