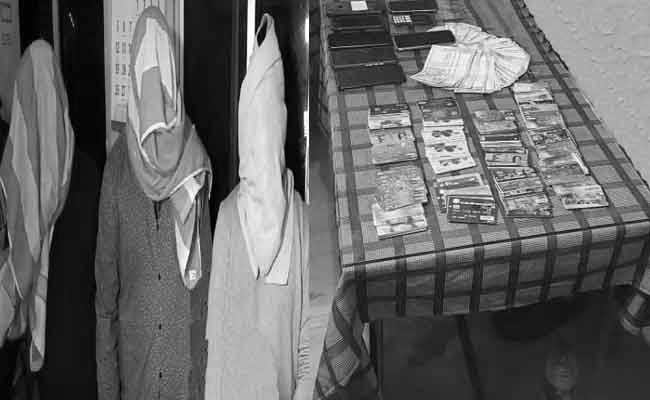 Balasore: A gang of five fraudsters involved in looting ATMs skillfully have been arrested from Balasore’s Industrial Estate area.

As per available information, the accused person hail from Uttar Pradesh.

The accused used to sweep away cash from victim’s bank accounts, with the account holders knowledge. Reportedly, the accused used to ask ATM cards from people acquanted to them to deposit cash in the accounts. Then the fraudsters move to an ATM kiost and push the shutter of the cash dispenser on the pretext of withdrawing cash following which the transaction is “declined” after a few alerts.

During this time, the accused removes his hand from the dispenser after which the cash comes out of the kiosk.

However, the banking company restores the amount to the bank holders’ account as the server showcased “transaction declined” message.

Meanwhile, the police have seized over 150 ATM cards, and 8 mobile phones. Cops have also recovered a cash amount of Rs 64,000 from them.

The police are also looking at the number of victims as they have allegedly duped several people.

Further probe into the case is underway, sources said.

One More Succumbs To COVID-19 In Odisha, Death Toll…