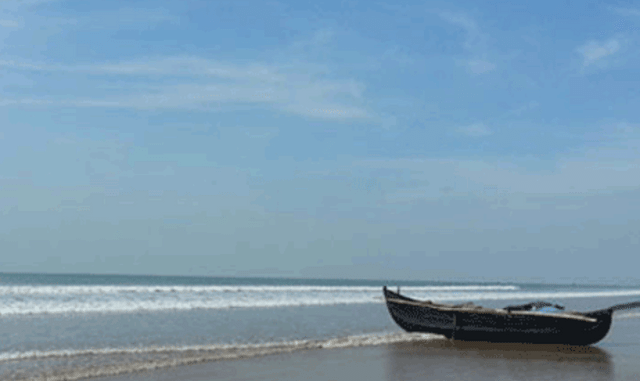 Balasore: A fisherman died while another sustained bullet injuries after the boat in which they were fishing, went fishing a few miles away from Balaramgadi estuary in the restricted area of arms and ammunition testing range in Chandipur in Balasore.

The deceased has been identified as Kamalakant Madal (35) of Kasaphala area, and the injured person is identified as Padmalochan Mallick (26). While Mandal owned the boat, Mallick was a worker.

According to sources, while they were fishing in the boat, around 12:00 noon, some bullet-like object hit both when they trespassed into the no-entry zone. It is feared that the firing of artillery shells hit them.

The fishermen were brought to Balasore District Headquarters Hospital in critical condition. However, the doctor declared Kamalakant brought dead. Besides, the critically injured Padmalochan is undergoing treatment.

If sources are to be believed, bruises were noticed on the bodies of the deceased and the injured.

It is pertinent to mention here that artillery testing is often conducted from the Integrated Test Range (ITR) in Chandipur off the Odisha coast by the Defence Department. Many nearby areas have been restricted by the Defense Department for safety measures.

It is suspected that the fisherman might have sustained injuries while fishing in the no-entry zone when artillery testing was underway. On the other hand, it is also suspected that someone may have shot the fishermen due to past enmity over a territorial dispute.

However, it is yet to be ascertained whether any artillery testing was conducted by the Defence Department today or not. A proper investigation into the incident can unravel the actual reason that led to the incident.

Vedanta champions ‘Made in India’ aluminium in Germany