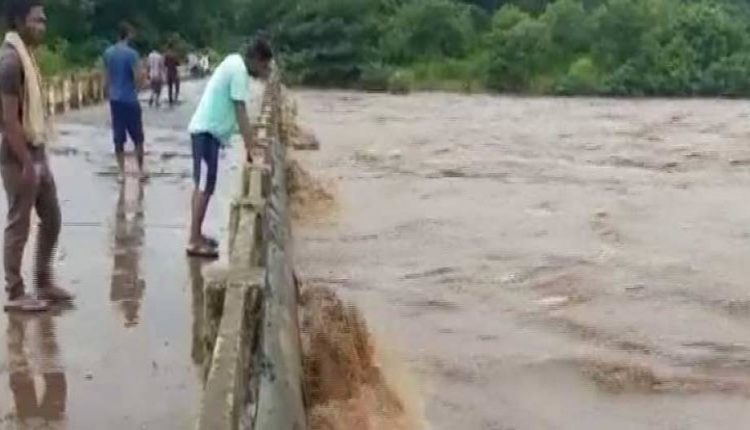 Bhadrak: Due to heavy downpour in the catchment for the last couple of days under the influence of a low pressure over the Bay of Bengal, the Baitarani river has breached the danger mark near Akhuapada in Bhadrak district.

As per the latest report, the river was flowing at 17.85mts against the danger mark of 17.83mts on Thursday.

People residing in low-lying areas along the riverside are feared to be affected following a rise in the water level of the Baitarini river.

They are spending a sleepless night as the river has been flowing above the danger level thus anticipating floods at any time.

Meanwhile, the water level of the Subarnarekha and Jalaka rivers in Balasore district has been continuously rising to breaches in several places.

The Odisha Water Recourses Department on Thursday said that it is closely monitoring the situation and assured to take up restoration operations as soon as the water recedes.