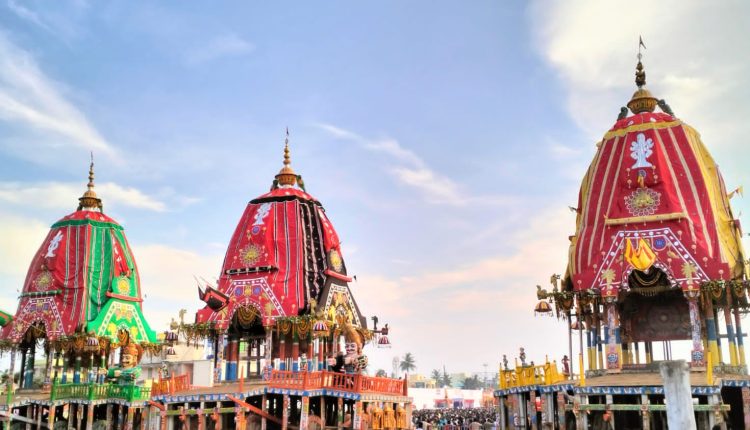 The ‘Dakhina Moda’ ritual or the southward turn of the three chariots of Lord Jagannath and His siblings parked outside Gundicha Temple began today with the Debadalana, chariot of Devi Subhadra.

As per the ritual, Debadalana was turned towards Jagannath Temple in the south.

It was pulled and parked near Nakachana Dwara, the eastern gate of Gundicha Temple towards Jagannath Temple.

It will be followed by the turning of Lord Balabhadra’s Taladhwaja and Jagannath’s Nandighosh to complete the ritual which denotes preparation for the upcoming Bahuda Yatra, the Return Journey of the Trinity to Jagannath T